The ongoing revolution in drones and Urban Air Mobility Vehicles presents a staggering diversity of configurations. No longer are aircraft following the classic formula of wing plus engine up front or rotor over the fuselage. Freedom to design is limited only by imagination!

Here is where CopterCAD, our free web-based VTOL design app , comes to the aid of the aircraft designer.

Sliders allow for quick parametric generation of the basic configuration, with the components connected to each other and updating automatically. The advanced modeling tab lets the designer add wings and other shapes as needed to finalize the aircraft.

The entire aircraft, or its components, can be exported as STL files.

Give CopterCAD a try now, and see what you can create! 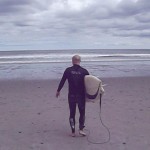